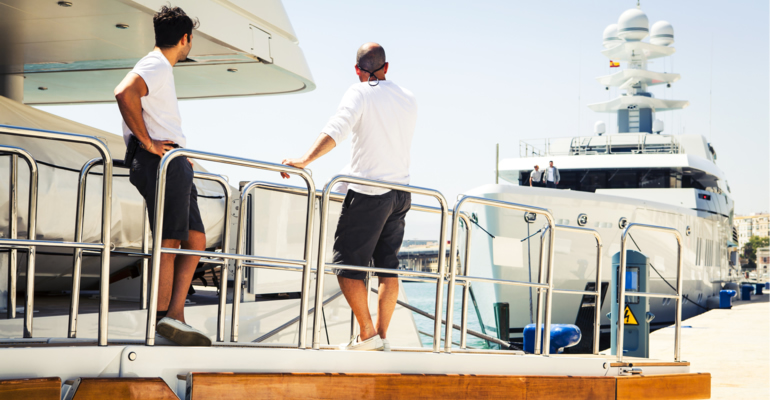 Retirement Solutions for the Yachting Industry

Planning for retirement is a major financial objective in the life of every individual but for expatriates in particular, it should be an area of special consideration. While they are working, expats typically earn higher wages than they might earn in their home country and have more disposable income, but often this comes at a price.

Expats’ employee packages are generally structured around a high salary, which doesn’t necessarily include generous retirement benefits. Often, they can accumulate numerous pension pots in different countries with different pension fund legislation and different tax regimes. Moreover, they may not have access to a state-funded pension scheme or subsidised healthcare in the location in which they eventually choose to retire.

For expats, therefore, it is even more important to plan properly for retirement before their ability to accumulate sufficient capital to provide for a comfortable retirement is lost. But because many expats have little or no knowledge of the various products available, or indeed how to go about finding them, they can end up neglecting this crucial aspect.

Take John. He is a 45-year-old UK national who skippers a luxury superyacht. He has worked in the marine industry since leaving school and is hoping to retire soon but he has no idea where he will ultimately live – or whether he will settle anywhere long term.

Having enjoyed various highly paid jobs on superyachts, John has fortunately been able to save a substantial pot of money. Some he has invested through an offshore discretionary fund manager (‘DFM’) and some remains held in cash. However, in an effort to prepare for retirement, John obtains independent pension advice.

John’s financial adviser suggests that he should contribute at least a proportion of his savings into a flexible, portable and recognised retirement savings plan that will offer him some certainty, regardless of where he ends up. The arrangement should also take account of the fact that he is a UK national.

He recommends that John should join the Brock Personal Pension Plan, which is an approved pension plan in Guernsey that also meets the requirements to be considered as a Qualifying Non-UK Pension Scheme (QNUPS). As such, it is a robust pension scheme based in a stable, well-regulated jurisdiction that is recognised as a centre of excellence in the administration of international pension schemes.

Based on John’s circumstances, the financial adviser provides the following reasons to support his recommendation:

The Brock Personal Pension Plan is an attractive option for internationally mobile employees or contractors working outside their country of origin. You can make contributions from anywhere in the world and you can make contributions according to current personal circumstances. The plan can also be structured to provide flexible benefit options and to take advantage of the favourable tax treatment offered to investors in certain tax jurisdictions.