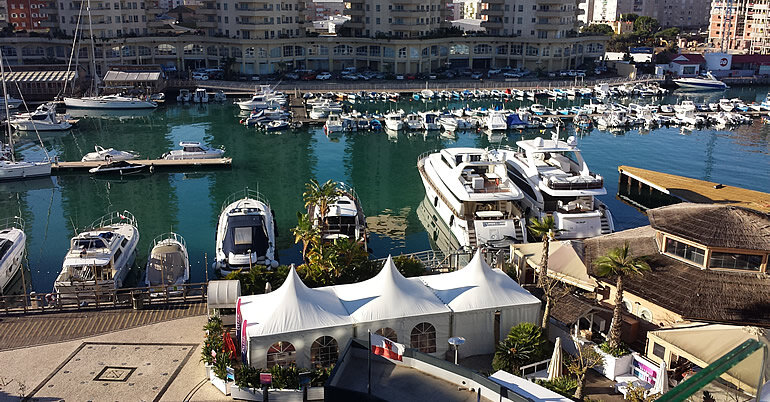 Gibraltar is moving towards a new era after the UK and Spain reached a preliminary post-Brexit deal on New Year’s Eve, just hours before the end of the Brexit transition period, to avoid a hard border. This outline agreement will allow Gibraltar, a British Overseas Territory, to join the Schengen zone that guarantees passport-free travel and freedom of movement to more than 400 million EU citizens. As a result, Gibraltar’s port and airport will become the external borders of the Schengen area.

The amended regulations follow the recent expansion of the UK Ship Register (UKSR) by extending the definition of individuals who are qualified persons for yacht ownership purposes from British citizens (including British Overseas Territories citizens, British Overseas citizens, British subjects under the British Nationality Act 1981 and British Nationals (Overseas) persons under the Hong Kong (British Nationality) Order 1986) to the citizens of the 54 countries in the Commonwealth and a further 20 countries* that bring parity with the rest of the Red Ensign Group**. It also retains the eligibility of nationals of EEA states (the 27 EU members states plus Iceland, Liechtenstein and Norway).

The amended regulations also extend the definition of qualifying corporate bodies for yacht ownership purposes to legal entities incorporated, established or registered under the laws of Gibraltar and the UK, as well to the Crown Dependencies of Jersey, Guernsey and the Isle of Man, any Commonwealth State and the further 20 countries, while also retaining the eligibility of legal entities in the EEA states. Such legal entities must either have a place of business in Gibraltar or appoint a representative in Gibraltar.

Prior to Brexit, the UKSR was a ‘national’ register that was bound by ownership tied to the UK, although the UK’s EU membership meant that owners within the European Economic Area (EEA) were also included. But with the UK’s departure form the EU, the UKSR became an international register and eligibility for the flag was massively expanded.

“This is really good news. Eligibility for the Gibraltar Yacht Registry has been expanded and that gives us a much bigger pool of yachts to work with. Previously owners from jurisdictions like Isle of Man, Jersey, Guernsey and the Commonwealth countries were not directly eligible for yacht registration and were therefore deemed to be foreign owners for yacht registration purposes,” said Sovereign Marine Director Gabriel Gonzalez.

“With this change in the regulations, any entity or individual with any of these nationalities is now able to apply for yacht registration in Gibraltar and benefit from exceptional service and a global reputation. Furthermore any EEA member state is also still eligible for yacht registration, which means that Brexit has not restricted their access to the Gibraltar Yacht Registry in respect of either entities or individuals.

“A stable relationship with the EU that guarantees frontier fluidity and unhindered travel throughout the Schengen zone is to be welcomed. Coupled with bilateral access in financial services to the UK market, sensible regulation, competitive tax rates and a developing double tax treaty network, the outlook for the Gibraltar financial services industry and its prosperity are very positive,” said Gonzalez.

** The Red Ensign Group (REG) is a group of British Shipping Registers. It is made up from the UK, the Crown Dependencies (Isle of Man, Guernsey and Jersey) and the UK Overseas Territories (Anguilla, Bermuda, British Virgin Islands, Cayman Islands, Falkland Islands, Gibraltar, Montserrat, St Helena and the Turks & Caicos Islands) which operate shipping registers from their jurisdiction. Any vessel registered in the UK, a Crown Dependency or UK Overseas Territory, is a ‘British ship’ and is entitled to fly the Red Ensign flag.