Gibraltar’s strategic position at the entrance of the Mediterranean have afforded it a maritime status that far outweighs its size and which stretches back to the very earliest days of seafaring. Today, with over 71,000 vessels transiting the Strait of Gibraltar each year, the Rock has become a major bunkering port – the largest in the Mediterranean – and offers a wide range of other shipping services.

In recognition of its continuing importance in international shipping, the Gibraltar Maritime Admistration (GMA) is to host a three-day conference, focusing on the territory’s commercial marine and superyacht sectors, as part of Gibraltar Maritime Week. In doing so the GMA is expanding the platform built by the Sovereign Group and its Gibraltar-based marine division, RegisterAYacht.Com (RAY), with its Gibraltar Superyacht Forums of 2012 and 2013.

This year’s conference, which is to be held on July 8-10 on-board the five-star yacht hotel Sunborn Gibraltar at its permanent mooring in the Ocean Village Marina, boasts an ambitious conference programme that has attracted expert speakers from around the world.

The majority of the Red Ensign Registries will be represented at the conference, together with consultants and experts who have been advising governments and international bodies on legislation, regulation and maritime conventions. 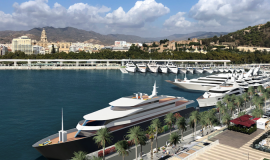 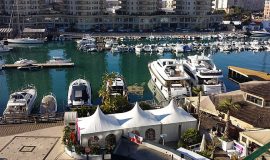 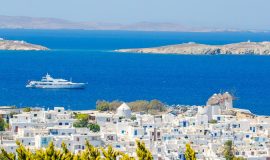